Once, just once, you see another tribute. He's an emaciated boy, his soaked tunic clinging to the hollows beneath his ribs, and he takes in your limp and your stick with a battle-hungry smile. He meets your eyes from across the stream--even in the dimness, even across the valley, you can see murder in his eyes. He comes at you with his sword drawn, and you heft your spear to throw Your spear takes him through the gut before he can cut himself down.

The blood pours out purple-black, spilling over his tunic and his chin to sting his eyes.

He screams, screams and screams until your whole world is his scream; even when the cannon fires, you can still hear him screaming. You once knew a pair of boys who tortured a cat to death, and it made a sound like that. You took the poor creature to Granny Odair, whose gnarled hands knew how to fix everything, and it had licked her thumb once and then died on her kitchen table. You can't stop thinking about that cat, and how you sobbed and begged her to fix it, and how it had screamed.

Take it to the sea, and let it go, she told you. But you can't take this boy to the sea, because you killed him, and the hovercraft has come to seize his body and hoist it into the air. As you watch, you catch sight of a silver parachute drifting down through the trees. It falls just down the slope from you, and you crash through the ferns to pick it up. Pain reliever , the bottle says. It feels like a joke.

You know that someone paid dearly for this, and that you should be grateful, but you don't want to be grateful right now. You can still hear the screaming, even though the boy's body is gone. His body, and your spear. You muster a smile for the cameras, trying to be the cocksure creature that they want you to be and not the scared little boy who cried over a cat.

That night, seven faces light up the sky.

Through the trees, you can make out Cara's bright red hair. When you wake, you make a small fire in the shadow of a rocky outcropping, where the smoke will gather. There, you begin smoking your fish so that they will keep as you travel; your clothes are still damp enough to chafe, so you peel off the stained tunic and leggings and let them dry by the fire.

Almost at once, a rain of parcels falls at the mouth of your cave: a little mesh bag of oranges, new batteries for your cold stocking, replacements for your missing knives, a bundle of oven-fresh bread. You can't help breaking into a grin at the shower of presents, and you tear into the bread first, while it's still hot. It wouldn't work if you gave them a show tomorrow; they would feel betrayed, maybe even disgusted, at the fourteen-year-old boy playing sexy to stay alive.

Agrippa was right--you can be as sexy as you like, but it's your innocence that will make them open their hands and their hearts to you. You eat an orange, then stuff the remainder of the bread into the mesh bag.

The knives slide into the bundle, handles catching over the reinforced linen straps that keep the knives in place. Then it's time to do what you've been dreading. You roll down the cold stocking and examine your right leg. The stocking has reduced the worst of the swelling, but the right ankle is still visibly thicker than the left. The skin is taut and shiny, a little puckered where your boot kept the stocking from dissipating moisture; there are bruises where the vine had wrapped around your leg, and a thick line of purple blood from your heel to the arch of your foot.

Dead blood , your father called it, when he treated sprains. He's as brusque as your grandmother, but he has the same salt-tough healer's hands. They'd tell you not to walk on it, but you can't help walking on it, so you dry the cold stocking by the fire and replace the batteries. Then you take two painkillers, wash them down with a mouthful of water from your flask, and pull the stocking on again.


The leggings come next, then the boots. You reach for your spear, but the last spear vanished with the boy from Ten. You have only your knives; there's a sturdy boning knife that will do for a throwing knife. Even before you catch sight of him, you know that the archer is the boy from Seven. The one Cedar had wanted to hunt down--you don't know how, but he's found a way into the trees. Your eyes go up, up, up, to where the branches radiate out from the trunks like the spokes of a wheel. That flash of white. That's him.

You can see him sighting along his arrow, but he's too far away for you to recognize whether his expression shows fear or hate or only concentration. 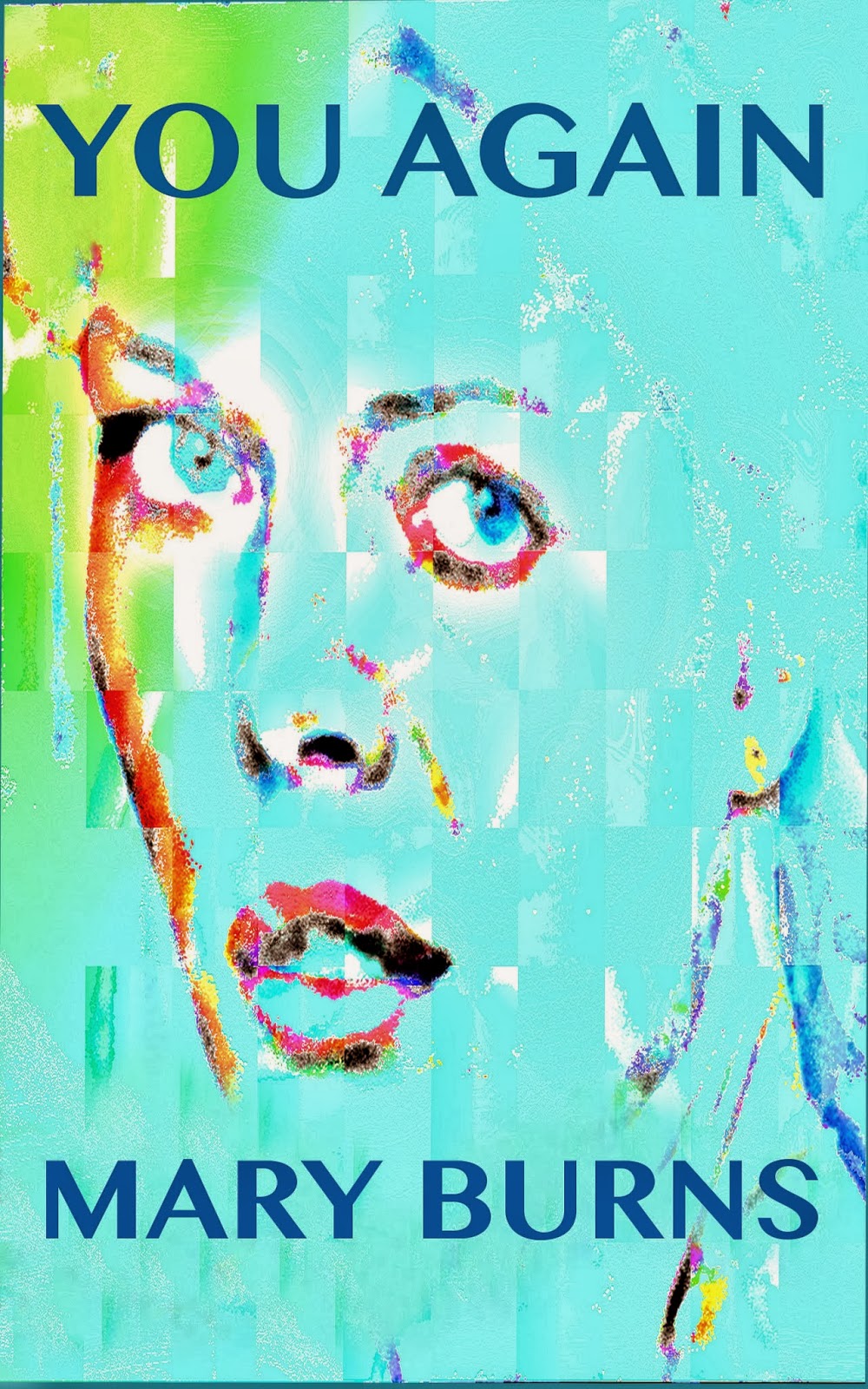 Before he can take his shot, you send your knife screaming through the air. The blade only grazes his shoulder, but it's enough. His shot flies wild, and he tumbles back from his branch to fall spinning to earth. It takes nearly five minutes for you to realize that somehow, the boy has survived his fall. If you were a kinder person, a better person, you would go to him now and end his suffering--but all you can think is that Cedar was hunting him, and she'll know better than anyone else how to find him.

She'll be close, so you have to go now. As you gather up your mesh bag and your smoked fish, you run through the survivors in your mind. Yourself and Node.

The remnants of the Career gang: Cedar and Shale and the boy from one--what was his name? The girls from Five and Nine, the boy from District Six. That makes eight. Dusk is just beginning to set in, rosy and humid after a grey day, when you come across the remnants of a campfire. It could be anyone's fire, you think at first--anonymous ashes in a nondescript depression in the earth, the ground scattered with a bird's bones picked clean of meat. Then you find the battery and the frayed wire, which tell you two things: that this is Node's camp, and that she will be returning to it.

You're nearly sure that you can charm Node into an alliance with you, but you don't know how many of the sixteen she's killed. You don't know if she, like you, has learned to put herself aside in order to be the kind of person who can win the Games. The sun slowly sinks. In the darkness, you break soft bread that tastes nothing like salt and seaweed--delicate bread from the Capitol, light as air.

A cannon fires, somewhere in the distance, but you scarcely even jump at the sound. Only two dead today. The audience will be getting bored; for all you know, they're already bored. How long can you keep their eyes on you? How long will their love for you last? If she wanted you dead, she could have killed you already. Who else could catch fish the way you do? Now that When she breaks off, you remember that she and Cara had been--not close. Friendly, maybe, if anyone can be friendly in the Hunger Games. You remember how Node had smiled in your direction, and you wonder, now, how many times that smile had been meant for Cara.

She has a little brother named Hal. Halyard Fetch. Node must have followed your voice, because her hand finds your shoulder in the gloom. If she wanted to, she could kill you right now.

“The Lord of the Rings: The Return of the King.”

Instead, she tucks her head against your chest. She is slim, and shorter than you are; she doesn't feel three years your senior. When you run your hand down her back, you can feel every knob of her vertebrae. You raise your hand to her close-cropped hair and find it greasy beneath your fingertips, but you stroke it anyway. You don't dream, that night. You don't sleep. You lie between the roots of the tree with Node in your arms, and in the scant moonlight that breaks through the clouds, you keep watch.

You must have dozed off at some point, though; you know because you wake, and there is a silver parachute spread over the ferns at your feet. Beneath the fabric, you find a trident, each prong sharpened to a perfect point. The next day is quiet. You share your fish and oranges with Node; she lights a fire with her wire and battery, and she does it more quickly than you could by rubbing sticks together.

With low-growing vines and ferns, you weave a screen to diffuse the smoke from your fire. That screen will be your blanket tonight.

Node has little to say. No cannons fire. You have time and space enough, here, to rest your leg and heal. You sleep in turns, a few hours at a time. While Node sleeps, you gather the vines that creep up the nearby trees, slowly knotting them into a sturdy net. You find yourself humming a song that your grandmother used to sing as she mended nets--a wedding song, she said. The song that her sister sang when your grandmother married Carrick Odair.